Refrigerated Air Conditioning Vs. Evaporative Coolers – Which is Better?

In most of the country, the debate between refrigerated air and evaporative cooling (which we call swamp coolers) is irrelevant. This is because swamp coolers are only effective in areas with very low relative humidity. If you have a swamp cooler, you’ve undoubtedly experienced the consequences of this fact — your cooler doesn’t work when it has just rained or when the humidity is particularly high. 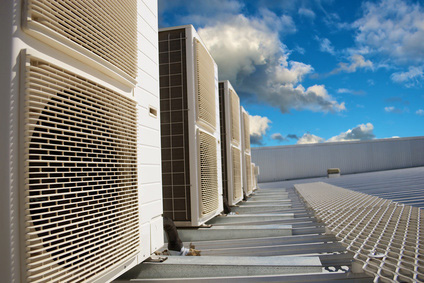 Both evaporative cooling and refrigerated air have ardent supporters. Once, I was waiting in the teller line at the Wells Fargo at Yale and Central. The woman in front of me in line was having an intense cell phone conversation. The subject? Swamp coolers. She had recently moved to New Mexico from the southeastern US. She couldn’t understand why we used swamp coolers in Albuquerque. Apparently, she found the performance of her evaporative cooler sub par. She couldn’t understand why anyone would want to “suffer a heat stroke just to save a few dollars.” However, as the conversation progressed, the real cause of her suffering revealed itself. She was a renter, and her apartment had an ancient swamp cooler that her landlord refused to replace, and on which he likely hadn’t kept up with the maintenance.

The truth of the matter is both types of system must be appropriately matched to the space they’re meant to cool, must be used properly, and must be maintained. If you follow these rules, both types of system will produce comfortable interior temperatures even when it’s hot enough out to cook an egg on your driveway.