In the winter time, few things are more essential to comfort in your home than your furnace. When it comes time to buy a new furnace, the options can be dizzying. Let’s learn a bit more about furnaces, and then we’ll take a look at high efficiency gas furnaces, their benefits, how to choose one, and when they are the best option. 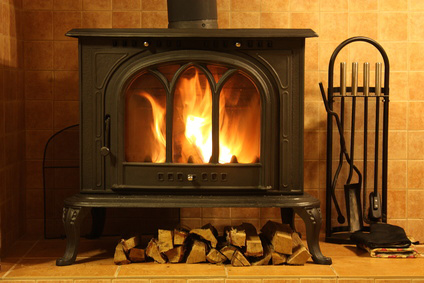 History of the furnace

For most of human history, homes were heated by a fireplace or stove. It wasn’t until the early 19th century that these pieces of technology were significantly improved. In 1793, William Strutt designed the first heating system that used circulating hot air to heat a structure. His design was used in a mill building in Derby, England. Later, in 1807, Strutt worked with Charles Sylvester to install an improved version of his original design in Derby’s Royal Infirmary. This system fed warm air into patients’ rooms while circulating out stale air. Strutt and Sylvester’s work was cutting edge for their time, and similar installations began to crop up around the country. It wasn’t until the 20th century that their designs for warm air circulating furnaces were significantly improved.

Around the same time that Strutt and Sylvester were perfecting their designs, a Scottish inventor named James Watt was coming up with his own, competing design. Watt’s design used pipes filled with pressurized stream rather than circulating warm air to heat structures. One advantage of Watt’s design over Strutt and Sylvester’s was that it could be easily applied to small residential buildings as well as larger ones. Watt proved this by installing the first system in his own home, and later by using the same methods to design a system for a large textile manufacturing facility in Manchester, England.