This spring may have gotten off to a slow start, but it won’t be long before we’re feeling the heat! That’s why now is the time to get your swamp cooler start up scheduled with Polar HVAC and beat the rush.

Swamp coolers, known more formally as evaporative cooling systems, have an exceptionally long history of keeping humans cool. The ancient Egyptians actually utilized the same technology, albeit in a more primitive way. They would hang damp cloths around the palace to moisten and cool their interior air. They also routed air through wind shafts in the roof down to cool, subterranean water supplies and then through their buildings. This is all pretty impressive when you consider it pre-dated the first refrigeration-based cooling systems by a few millennia.

Since evaporative coolers require very dry air to work properly, they’ve remained fairly rare on the global scale. They’re really only a good option for arid places (like Egypt and New Mexico) but in those areas they are highly effective and efficient cooling machines. 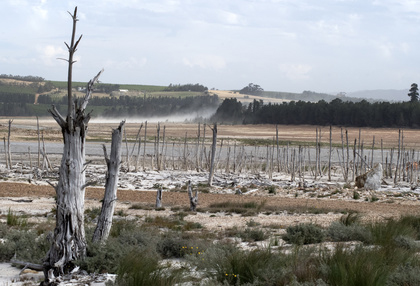 How do swamp coolers work?

Swamp coolers work on a basic law of physics called conservation of energy. This law says that energy can be neither created nor destroyed in our universe, it can only change forms. We all know that when you pour a cup of water on an Albuquerque sidewalk in the summer, the liquid water turns into water vapor pretty quickly. Due to the law of conservation of energy, the energy required to make the liquid-to-vapor transition has to come from somewhere. So, where does it come from? It comes from the surrounding environment in the form of heat energy. If you were to put your hand on the sidewalk after you poured the water, you’d notice that the wet part of the concrete is now cooler than its surroundings. That’s because the water has robbed the ground of some of its heat in order to evaporate.